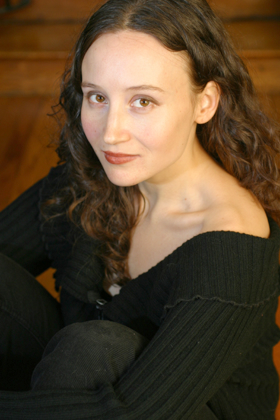 May 16: Mary stars as Veronica in Cathara Spencer’s play “Take the Deal” at The Players Theatre as part of the Rogue Theater Festival (all work is being filmed)  www.roguetheaterfestival.com/news-updates

March 2 at 7:30pm: Mary performs the role of Annette in a virtual reading of “God of Carnage” by Yesmina Reza with the Living Room Reading Group.

AUG: Mary performs with Planet Connections in “Euology” by Barry Lee Sheppard and directed by Adam Chisnall on zoom, 8/24 at 7:30pm! https://planetconnections.org/zoom-fest/

July: Mary performs in the radio play of “Johnny Got His Gun” https://secondsaturdaymagazine.weebly.com/

Mary is thrilled to have been cast as the Nurse in this upcoming Off-Broadway production of “Conversations with an Average Joe” by Joseph Carraro; more details to follow.

May: 5/4, Volumnia in “Coriolanus” staged reading; 5/18, Many ensemble roles in “Kitty” at New Perspectives Theatre; 5/19, Mother and Sports Executive in “SwwWitch” the musical, Workshop Theatre

Nov ’17: Mary sings in the “Joyful Noise” Cabaret at the Duplex, 61 Christopher Street at 7th Avenue, Tuesday, November 12 at 4:30pm and Thursday, November 14 at 7pm, Tickets here: www.purplepass.com/joyful1112. Teresa Fischer, Jenny Greeman and Mary Sheridan sing Broadway, American standards, and contemporary melodies about life, love and finding joy. $15 Ticket in Advance & a 2 Drink Minimum in the Cabaret Theatre $20 Ticket at the Door (plus service fee) & a 2 Drink Minimum in the Cabaret Theatre.

June/July ‘17: Mary reprises her role of Ma’am in “Emerson at Bigmart” by Hope Weiner& directed by Adam Chisnall at the Planet Connections Theater Festivity, http://planetconnections.org/.

May ‘17: 5/15, Mary performs as Ethel in the Squeaky Bicycle benefit play “Spectacular” by Emily Daly at Theatre for the New City, 155 1st Avenue

Mary performs with the West Village Chorale in “The Event” at New York Theater Workshop, March 17 & 21 at 7:30pm. https://nytw.org/the-events-info.asp

October 2014: 10/8-11, Mary performs in “The Birds and the Bees” directed by Maggie Keenan-Bolger and Rachel Sullivan at University Settlement House, 184 Eldridge Street.

January 2014: 1/3 through 1/25, Mary performs the role of Esmeralda in Tennessee William’s “Ten Blocks from the Camino Real” at the Medicine Show Theatre, 549 W. 52 Street. http://www.medicineshowtheatre.org

December 2013: 12/13 at 7pm & 12/15 at 5pm, Mary performs in the Holiday Concert with the West Village Chorale at Judson Memorial Church, 55 Washington Square South

January 2013: Mary performs the role of Alexandra in Lillian Hellman’s “The Little Foxes” on 1/27 at 3pm at Liz Hodge’s midtown NYC theatre space.

July 2012: 7/15 and 20 at 8pm, Mary performs the role of Donna in John Patrick Shanley’s “the dreamer examines his pillow” directed by Megan Cooper at the Bowery Poetry Club, 308 Bowery http://www.bowerypoetry.com/#July_15

7/10 at 8pm, Mary performs with the West Village Chorale at the Washington Square Music Festival: http://www.washingtonsquaremusicfestival.org/pages/program.html?ID=3222

June 2012: 6/4 through 22 (various dates & times) Mary performs the role of Clio in Duncan Pflaster’s “The Empress of Sex” directed by Glory Kadigan as part of the Planet Connections Theatre Festival at 45 Bleecker Street Theatre. http://planetconnections.org/the-empress-of-sex/

6/5 at 8pm, Mary performs with the West Village Chorale at Avery Fisher Hall at Lincoln Center

April 2012: 4/25 at 8pm: Mary performs the role of Sophie in a reading of Penny Jackson’s “Hotel Hera” at The Players Club, 16 Grammercy Park South

4/15 at 7pm: Mary performs the leading role of Magdelon in Moliere’s The Pretentious Young Ladies” with the Oberon Theatre Ensemble at the Lamb’s Club, 3 West 51 Street, 5th Floor

Mary performs in “The Golem” (presented by Urban Stages) at various NYC Public Libraries throughout the month.

March 2012: 3/18 at 7:30, Mary reads Aurora in the staged reading of “Frontier” by Robin Rice Lichtig produced by the Oberon Theatre Ensemble at the Lamb’s Club, 3 West 51 Street, 5th Floor

3/8, 9 and 10 at 8pm, Mary stars as Donna in John Patrick Shanley’s “The Dreamer Examines His Pillow” at Under Saint Marks, 94 Saint Marks Place (between 1st Avenue and Avenue A)

1/26 Mary performs the role of Jeannette in reading of Neil Simon’s “The Last of the Red Hot Lovers” at the St. Charles Jubilee Senior Center in Brooklyn Heights.

November 2011:
Mary performs the role of Angustias in “Alba” (a newly adapted version of Lorca’s “The House of Bernarda Alba”) at the Gene Frankel Theatre at 24 Bond Street, November 5 to 20th, Saturdays, Mondays and Tuesday at 8pm and Sundays at 2pm

October 2011:
10/8 at 1pm, Mary performs Cressida in an Instant Shakespeare Company reading of “Troilus and Cressida” at the Epiphany Library, 228 E. 23 Street.

August 2011:
8/1 at 7pm, Mary performs the role of Isobel in a scene from “The World Over” by Keith Bunin in Daniel Talbott’s site specific directing class for Primary Stages at the Staten Island Ferry Terminal

6/14 Mary performs Angustias in a staged reading of “Martirio” (a version of “The House of Bernarda Alba”) at the Robert Moss Theatre at 440 Lafayette Avenue at 2pm. (Full production coming up in fall 2011.)

May 2011: 5/20, Mary performs in an encore performance of “Don’t Talk So Loud” by Libby Emmons for Sticky! at Bowery Poetry Club (308 Bowery) at 7:30pm produced by Blue Box Productions.

5/14, Mary sings (and has a solo!) in the West Village Chorale spring concert of international folk songs at Judson Memorial Church (55 Washington Square South) at 8pm.

April 2011: 4/4, Mary performs the role of Melissa in a staged reading of “Funs and Games” by Joshua H. Cohen (recipient of the 2011 American Theatre Wing Jonathan Larson Grant), produced by the Oberon Theatre Ensemble at 7pm at 3 W. 51 Street, 5th Floor.

4/1 through 4/11, Mary performs the lead role of Alma in a children’s theatre production of “The Golem” by Stanton Wood produced by Urban Stages at various NYC Public Libraries.

4/18, Mary performs the lead role of Macie in the staged reading of “Underneath” by Rob Smith (directed by Noah Himmelstein) with Oberon Theatre Ensemble at the Lambs Club at 7pm

4/21, Mary performs in the “Giant Easter Mess” with Blue Box Productions at the Bowery Poetry Club at 9:30pm

August 2010: Mary performs 8/3 at 7pm at the Shakespeare Gym; www.shakespearegym.com

July 2010: Mary performs Calonice in “The Lysistrata” on 7/12 at 6pm at the Mid-Manhattan Library. See NYTimes article about it: NY Times

Mary performs in “The Blind Trip” on 7/29 at 7:30pm at the LaGuardia Performing Arts Center. See NYTimes article about it: NY Times

May ’10: Mary performs with the West Village Chorale, 5/8 at 8pm at the Judson Memorial Church, 239 Thompson Street

Feb ’10: Mary performs in Sticky at the Bowery Poetry Club, 2/5 at 8pm; http://www.bowerypoetry.com

Mary performs in a staged reading of “A Shadow
in the Dark” by Jared Latore at the Living Theatre on July 26 at 8pm
(www.livingtheatre.org)

May ’09: Mary commences her fifth season with the Ellis
Island Living Theatre

February ’08:   Mary is asked back to Ellis Island for a fourth season in the role of May in “Taking a Chance on America: Bela Lagosi’s Ellis Island Story.” (http://www.ellisisland.org/genealogy/ellis_island_visiting.asp)   She gets cast in “Schooled and Unschooled” by Esther Neff to be performed at Dixon Place April 11 and 12.   (www.dixonplace.org)